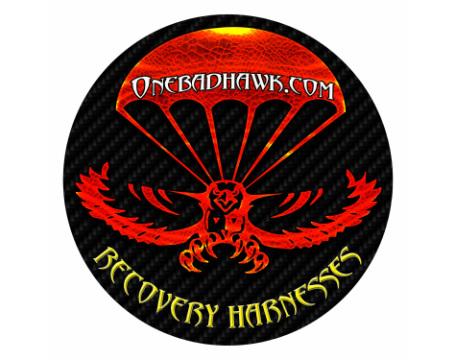 How to fix your coupler into your nosecone so it's easily removable and you can use the nosecone as a tracking bay.....

Contact Us
For sure don't use shear pins..
They work well,,,lol...
If your harness is a bit too short or your e charge a bit too energetic you'll loose the nose cone when it reaches the end of the harness...

When I'm laying out from the beginning of construction the first thing I do is bring pencil lines all the way up from the fin slots to the nose cone on the outside of the airframe tubes and on the outside of the coupler tubes, for screws and shear pins so ANYTHING in the slipstream on the outside of the rocket
( screw heads or shear pin heads ) is perfectly inline with the fins
so that I know where there is clean air flow between the fins for the vent holes in the avionics bay...
On the outside of the avionics bay coupler and the nose cone coupler
Now put another pencil line for witness marks 1/4" off of one of the fin lines,, all the way up,, on the airframe tubes and couplers also...
Now on the inside of the nose cone's edge, on the inside of the top edge of the booster and on the inside edge of the bottom of the payload tube,,  I make 3 tiny "V" notches with the corner of a file that line up with the triple fin pencil marks...
These "V" notches, though tiny and on the inside are permanent,,
the triple fin marks on the couplers I do with a sharpie so they are permanent..
Now when you assemble at the field you have witness marks so you can tell rotation..
Put the coupler ( with a coupler bulkhead already epoxied into it )
into the nose cone where you want it to sit..
( I use this method on the avionics bay to payload section joint as well )...
Drill and tap through the nose cone and coupler and then put in a steel screw..
Then drill and tap the other 2 one at a time,, after you drill and tap one put in a screw,, then the last one..
Now the alignment is perfect and they will work well..
Now take the screws out and remove the nose cone..
On the inside of the coupler,, sand around the screw holes in prep for epoxy..
Take the 3 screws and coat them with grease,, don't use too much,, unnecessary,,
you don't want it all over the place,, but do rub it into the threads of the screw well...
Put a screw in one of the threaded hole's in the coupler and put a steel nut
( either a "Tee" nut upside down, with the large flat side against the wall of the coupler,
or a hex nut, no matter ) on the inside of the coupler,, snug it up,, make certain there is a grease coating on the steel screw threads that are protruding out past the steel nut,,
but NO GREASE ANYWHERE ELSE,, don't use a lot..
Now do the other 2 screws..
Mix up some epoxy,, put a thickening agent in it if necessary,, you don't want a "flowing" epoxy,,
I like milled glass as it adds strength even though you really don't need strength for this application,,
the epoxy is not taking any load,, it's just holding the steel nut in place..
Now make a small mound of epoxy around each steel nut and encase the entire nut
with the protruding screw threads and all..
This will be a little unnerving the first time you do it but the screws will back right out like butter
after the epoxy hardens,, they won't stick at all,, not even a little..
What you have to work with at the field when your flying now is a steel screw going into a steel threaded nut that's perfectly aligned so they will always thread in effortlessly...

If your big on performance,,,,
Do this method with 2/56" hardware and don't make huge mounds with the epoxy
and you really won't be adding very much weight..